These three types of chips will hold up most of the semiconductor market in the second half of the year!

Japan’s bad weather causes frequent accidents in semiconductor factories, and the supply of these two types of chips will be affected! 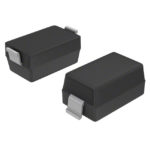 How To Read Resistor Color Code

Resistor color code is a standard method to identify the wire of resistors in a circuit. It’s also known as resistor code or ohmmeter resistance reading method. This page explains how resistors are identified using their color codes and tells you about the different resistor types, as well as their physical properties and applications.

What is a Resistor?

Color Codes Based on Resistors

Why is the color code important?